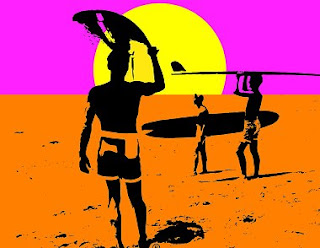 Hey all!  I've been gone a long time because of busy life and out-of-townness.  I am now back for the rest of the summer, and once I get a handle on my summer finances, I'll start cranking out some tasty summer brews, particularly some lighter, refreshing ones.  Here are the ones I've got in mind as of now:
Other than these, I've got an IIPA/American Barleywineish thing that needs to have some dry-hopping and then go into bottles, but I've also got an "American Bitter" and my accidentally-brett'd smoked amber ale that was actually pretty tasty the last time I tried it.  Anyway, there will be some great beers on tap here in Jersey this summer, and I will definitely be hosting some parties to distribute delicious brew to the masses!  HINT: if the tip jar is full at the end of the first shindig, that means more parties and more brews over the summer!  Make it happen, friends!  I want to brew lots and have lots of people drink my beer!
Posted by Jeff Cutts at 8:01 PM